About Pardes Mei Hai Mera Dil serial on Star Plus

Pardes Mein Hai Mera Dil is upcoming Indian Hindi TV serial on Star Plus which is being produced by Ekta Kapoor (Balaji Telefilms).

The story of Pardes Mein…is a combo of Subhash Ghai’s Pardes and Manju Kapur’s novel, The Immigrant.

Popular TV actress Drashti Dhami who is known for her shows including Madhubala and Ek Tha Raja Ek Thi Rani, will be seen as the female lead in Pardes Mein Hai Mera Dil.

Drashti Dhami will be seen playing the character of Naina who will not believe in institution of marriage as she will have the responsibility of her sick mother on her shoulders.

Speaking about the show, Dhami said, “I love working with Balaji Telefilms. ‘Pardes Mein Hai Mera Dil’ is the story of a strong, independent woman, Naina. She is a firm believer in love. Naina is her mother’s support system and finds a friend in her at all times.”
Joining, Drashti would be actors Arjun Bijlani (Naagin Fame) and Laksh lalwani in lead roles.

Arjun BIjlani will play the role of Arjun which will be on the similar lines to that of Shahrukh Khan in Pardes. Arjun’s character will be called Anand and he will strive to be successful despite his not so successful background.

Bijlani, who has already worked on multiple Balaji Telefilms shows, praised Ekta Kapoor’s team of writers for coming up with the best scripts. “I will be seen as Raghav, who is kind at heart and high-spirited. His sense of humour lightens up any situation for strangers and family alike,” he added.
Pardes Mein Hai Mera Dil Pictures, Naina-Raghav-Vir Pics, PMHMD HD Images
The other male lead will be played by Laksh Lalwani to will present filthy rich and spoilt man who doesn’t care for anyone but himself. Laksh has gained huge popularity for the role of ‘Parth Samthaan’ in MTV’s Warrior High. He was last seen in &TV’s serial Adhuri Kahani Hamari.

Rest of the cast includes many popular names from TV.  Alka Amin, who has been associated with shows like Karol Bagh, Parichay Nayee Zindagi Kay Sapno Ka, Kya Huaa Tera Vaada and is currently seen in Kalash will be seen essaying a pivotal role on the show.

Joining her will be noted actors Muni Jha, who rose to fame with Kyunki Saas Bhi Kabhi Bahu Thi and actress Usha Bachani, who is well-known for her negative roles in serials like Kkusum, Sindoor Tere Naam Ka and Ek Ladki Anjaani Si.

Apparently Pardes Mein Hai Mera Dil will also be shot in beautiful countryside of Austria and Drashti has already started shooting for the show in Mumbai.

Watch out this space for more details!


Naina has an important question – How are sons different from daughters when it comes to caring for parents? @drashti10 pic.twitter.com/NwQf3anuAm 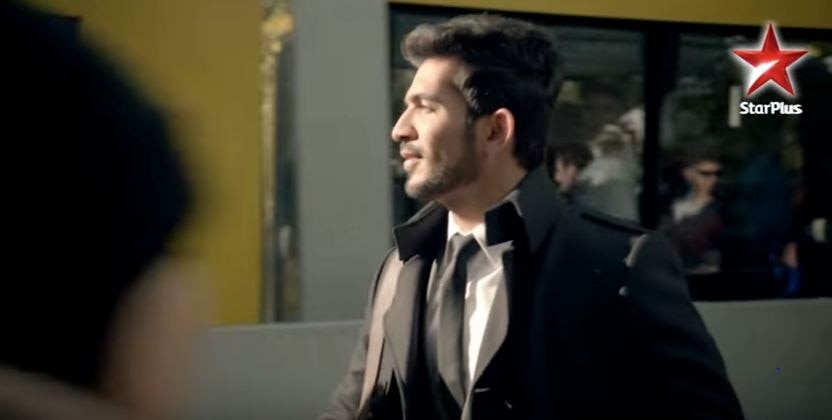